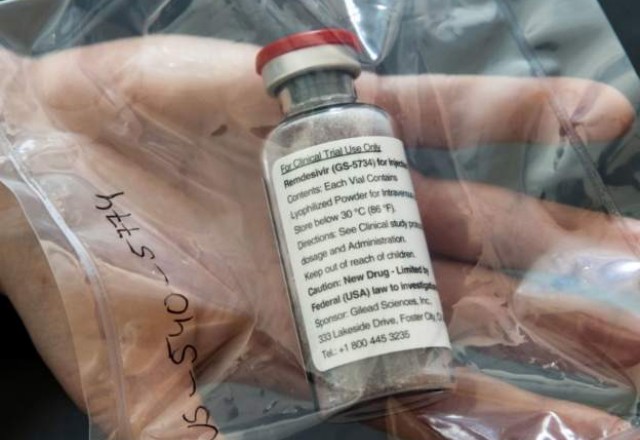 KARACHI, Pakistan (Reuters) - A pharmaceutical company in Pakistan plans to import the antiviral drug remdesivir, which has shown promise in treating coronavirus patients, from neighbouring Bangladesh, it said in a stock exchange filing on Friday.

The announcement by Searle Company Limited came a day after 56 virus deaths recorded by the south Asian nation, its highest toll in a single day.

The firm said it had entered into an exclusive licensing and marketing agreement with Bangladesh’s Beximco Pharmaceuticals, the first company in the world to introduce the generic variant of the drug.

“Searle Pharma is planning to import remdesivir in finished form (ready to use) to meet the country’s urgent requirements,” the company told the Pakistan Stock Exchange.

Remdesivir, a drug developed by Gilead Sciences, has grabbed attention as one of the most promising treatments for COVID-19, the respiratory disease caused by the virus, which has killed more than 350,000 people globally.

This month, Ferozson’s Pharma said it would make the drug in Pakistan after signing a non-exclusive licensing pact with Gilead to make and sell the drug to 127 nations, but it warned that production could take “weeks”.

Pakistan’s tally of infections stands at 64,000, with 1,317 deaths, but authorities estimate the disease will not peak until June.

Searle said the Bangladesh imports would ensure an immediate supply of the drug at an affordable price, helping to eliminate treatment delays by Pakistan’s healthcare providers.

Gilead’s patent gives the U.S. company exclusive rights to make the antiviral. But global trade rules allow nations defined by the United Nations as least-developed countries (LDCs) to ignore the patent and make such drugs more affordable in their markets.

Bangladesh is one of 47 countries that fall in this category.